Why do Burglars prefer darker nights? 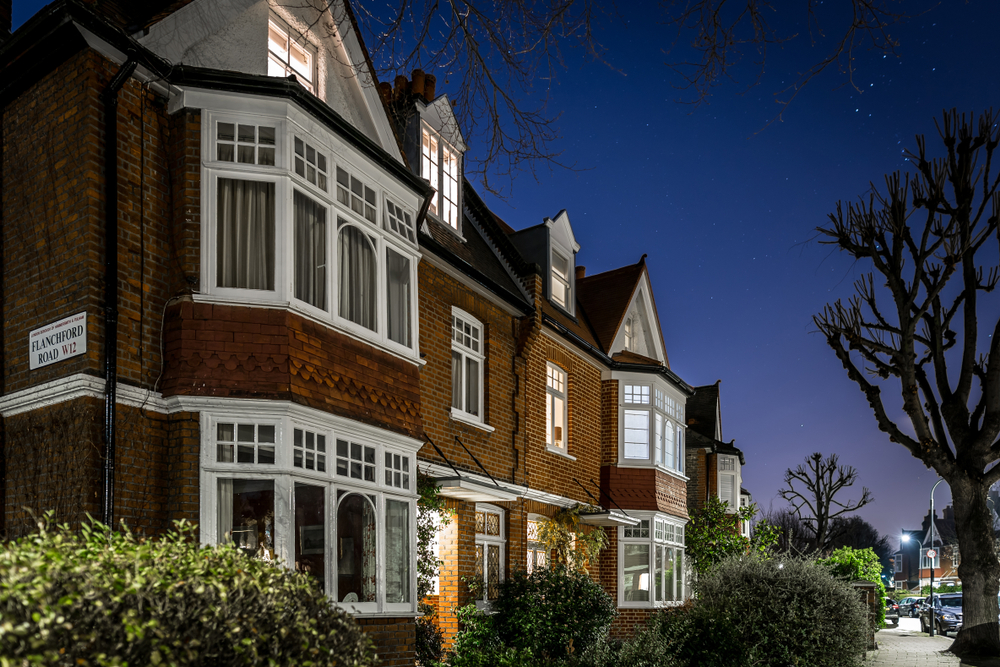 This month, we caught up with specialist security provider, Allcooper Garrisons, to discuss why the nights drawing in leads to a spike in residential burglaries and how clients can better protect their homes against intruders.

At this time of year, it’s hard not to notice the sun setting a few minutes earlier each day. Before long, darkness will have fallen before the working day is done. As well as signalling the end of summer, this change of seasons exposes homeowners to an increased risk of being targeted by burglars.

Burglaries increase by a third during the winter months*

The reason why is simple: burglars embrace the longer hours of darkness. Thieves can operate much more covertly using the cover of night to their advantage. Unoccupied homes are particularly vulnerable as they can be easily identified after nightfall. If the property appears vacant from the outside or is not clearly protected by a home security system, it becomes a much more attractive proposition to a thief.

There was a recent case in the West Midlands where a ‘gang’ of burglars commited a series of raids on luxury homes. The gang were described to have specifically identified the winter months as the best time to carry out their crimes, targeting unoccupied properties in affluent areas. Cases like this go far in proving the need for increased vigilance during extended evenings.

Home security systems are designed to help deter, detect and defend against burglars, who will be at a much higher risk of being disturbed or caught if breaking-in to a home fitted with this kind of measure. Worryingly, the Office for National Statistics reports that 63%* of homes burgled in England and Wales have no, or less than basic home security measures in place.

What are the most popular home security systems?

Advances in technology have led to some big changes in the home security market. Systems are becoming more sophisticated but at the same time, more affordable. From smart home alarms to High Definition cameras, there’s no better time for clients to consider making improvements.

Burglar alarms (or Intruder Alarms) are designed to trigger an alarm if an intruder attempts to break in to a property. They can also be monitored to ensure the owner is always the first to know if the alarm goes off, even when they are away from home.
A typical alarm installation will include a control panel, keypad, movement detectors, door contacts and external sounders (or ‘bell boxes’). Clients can choose between a hard-wired or wireless system, depending on their preference. Wireless systems are more flexible and tend to be cheaper to install, but it’s worth noting that the detection devices will require battery replacements over time.

With smart technology becoming more accessible, many systems now include the option of being linked to a Mobile App, allowing the occupant to manage and monitor the alarm’s activity remotely.

Installing security cameras allows clients to watch over their homes 24/7. Previously mostly used in the commercial environment, CCTV has grown in popularity for homeowners with new products offering simple features and sharp images, day and night. Surveillance footage is typically stored on a recorder, installed in the property for viewing and playback. However, the big draw for having a camera system at home is the ability to view cameras on the move via a Mobile App, via a secure connection to the internet.

Dark areas around the home can be illuminated with a reliable security lighting system. New LED-based security lights are environmentally-friendly and built-to-last. They can be triggered by motion or operated manually. As well as giving potential burglars nowhere to hide, lighting will help clients feel safer and more confident when leaving and arriving home after dark.

What else can homeowners do to prevent a burglary?

In addition to making best use of home security systems, following a daily security routine and just doing the simple things can make a huge difference to the overall level of home security.

For example, leaving lights on when going out will create the illusion someone is home. Timer Switches are available that can be set to turn plug sockets on and off intermittently. Simple analogue switches are widely available from DIY stores, or homeowners can benefit from newer technology such as Smart Plugs that enable lights and appliances to be controlled from their mobile device.

In today’s connected world, exposure to online threats means common sense plays an important role. Take social media. Whilst there are many benefits to engaging with friends and family online, sharing locations or images of valuable items in the public domain are not good ideas. The modern burglar will monitor websites such as Facebook to hunt for further opportunities.

Burglary is an unpleasant experience that no homeowner should have to go through. The risk of this happening to a client can be greatly reduced through a combination of increased vigilance, deterrence, proactivity and sticking to a consistent home security routine.

For more home security advice and information, please don’t hesitate to contact us.

*Sources: Burglaries increase by a third during the winter months (Co-Op Insurance), 63% of homes burgled in England and Wales have no, or less than basic home security measures (Office for National Statistics)

If you are an insurance broker and would like to open an agency with Markham, please CONTACT US and we will send you an agency application form.