Where does the Value of Art Start? 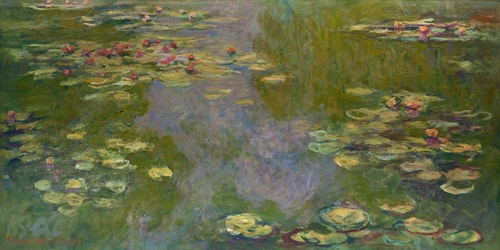 Markham work with Gurr Johns to value art and collections both in the UK and internationally. This month, we discuss the changing value of artwork and collections and the importance of the insuring for the correct value throughout the time of ownership.

Whether for sale or for insurance purposes, attaching a value to a painting or antique has never been an exact science. The principle source of information is usually public auctions where prices are widely published. However, some objects are so rare they have no precedent, and as no two objects are ever exactly the same, final valuations also have to consider factors like condition and provenance, both of which can make a substantial difference to an object’s worth.

The last decade has seen some tremendous shifts in the art and auction market and this has meant that valuations can move up, or down, faster than ever before. In today’s art market there is a far greater audience for art and collectibles, with many new collectors approaching art as an investment. This increased global audience, and some distinct changes in taste, mean that values often fluctuate at a tremendous rate. This was demonstrated in a dramatic manner in 2017 when ‘Salvador Mundi’, a painting attributed to Leonardo da Vinci, sold for to a Middle Eastern buyer for $450 million – almost three times the previous record price for any artwork at auction. The rarity of the painting makes this rather a unique example but many areas of the market have seen a seismic shift including modern art, jewellery, watches and Chinese ceramics.

The Chinese market for example has experienced remarkable growth. In 2001, Gurr Johns valued a fine Chinese jade dish when it was worth £12,000. It was consigned to auction in 2011 with an estimate of £50,000 to £80,000 and sold for £190,000. Today it would be worth over £300,000. This rapid acceleration of pace has also increased the risk of under-insurance; without regularly monitoring and analyzing the market, it’s easy to quickly lose track of the value of your collection.

These types of fluctuations aren’t limited to fine art and antiques; vintage wristwatches is an area which has seen a huge growth of value in the last decade, and whether you own watches acquired at more accessible prices, or if you have rare and valuable examples, they could be worth a lot more now than they were even a few years ago.

Two years ago in New York, Phillips held an auction where they offered Paul Newman’s Rolex Daytona wristwatch. It is fairly remarkable to see a wristwatch sell for over $1 million at auction, and a Rolex only broke this price barrier for the first time as recently as 2016, yet this storied watch sold for an extraordinary $17.7 million.

Jewellery is another collecting category that has seen big change over recent years, and you don’t need to own a multi-million dollar diamond to see shifts in value. Engagement rings feature in the majority of valuations, and their value is likely to have seen a shift over recent years, whatever carat or size they might be.

On the flipside, other areas of the market have gone the other way. For example, some pieces of traditional English or continental furniture might have lost as much as 40 percent in value over the last decade or so; contemporary taste has less space for formal dining furniture. This is now definitely a buyers’ market with fantastic examples of historic furniture available for thousands, and often even just hundreds of pounds.

The art market is unpredictable and the best way to avoid the pitfalls and risks of over or underinsuring items is regular valuations. From cars to clocks, and Indian art to jewellery, changes in fashion occur in all categories. It’s more important than ever not to leave it too long between valuations; otherwise, you might just be left behind.

If you are an insurance broker and would like to open an agency with Markham, please CONTACT US and we will send you an agency application form.